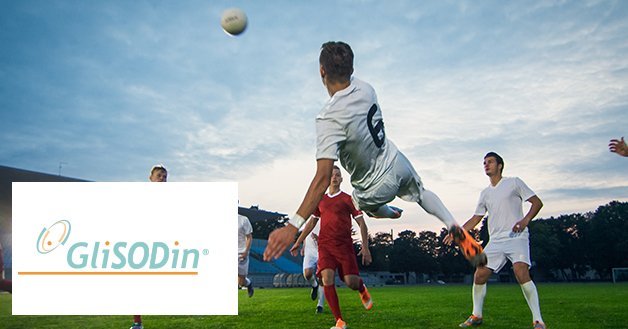 High-level power-endurance athletes are subjected to intense conditioning during preseason preparation in order to be able to sustain near-maximal efforts for extended periods. They often walk a fine line between optimal training and overtraining in an attempt to maximize sport-specific fitness.

PURPOSE: To examine changes in performance capacity and oxidative stress responses in college soccer players over the course of a 21-day preseason reparation and to determine the impact of supplementing with a formula consisting of a proprietary antioxidant and nutraceutical blend containing superoxide dismutase (SOD), CoQ10, and beta-glucans purported to reduce oxidative stress and enhance functioning.

METHODS: Male Division I college soccer players (N=22) performed a progressive maximal treadmill test at the beginning and end of preseason in order to assess changes in velocity at lactate threshold (VLT) and at onset of blood lactate accumulation (V00LP .), time to exhaustion, and lipid hydroperoxide (LPO)response. Thetestconsistedof3- minute stages run at a constant 1% grade. Speed was increased by 2 km·h-1 per stage until exhaustion. Blood lactate was sampled via capillary puncture at the end of each stage. Plasma concentration of LPO was assessed before and after each test Following baseline testing, athletes were randomly assigned to receive the supplement blend (EXP; n= 12) or an isocaloric
equivalent (CON; n = 10) daily for the duration of the preseason
training.

PRACTICAL APPLICATION: Preseason training in male college soccer players resulted insignificant improvements in performance capacity, as indicated by improved VLT ‘ V00 LA., and time to exhaustion. In addition, though the short-term effects appear modest, supplementing the diet with a proprietary antioxidant/nutraceutical blend may enhance some of these effects, possibly by allowing for improved recovery