Skip to content
Banner overlay
Back to Product Catalog

Promote the production of the body’s own, natural antioxidants*

GliSODin, the only orally-effective SOD supplement, is protected by international patents and U.S. patents 6,045,809 and 6,426,068B1, with additional patents pending.

GliSODin’s effectiveness is due to the two unique compounds from which its name is derived, Gliadin and SOD. First, GliSODin provides a melon source of SOD. Second, GliSODin is protected by gliadin, a wheat protein that guards SOD during digestion, making GliSODin a completely vegetarian product.

In addition to protecting the SOD, Gliadin is a patented, scientific breakthrough in the delivery of the SOD. Gliadin has bio-adhesive properties that make GliSODin “stick” to the epithelial cells in the small intestine, presenting the SOD for utilization by the body.

In a series of experiments, scientists have demonstrated that the gliadin proteins protect SOD against the acids and digestive enzymes produced in the stomach and intestines, thus promoting internal antioxidant levels. 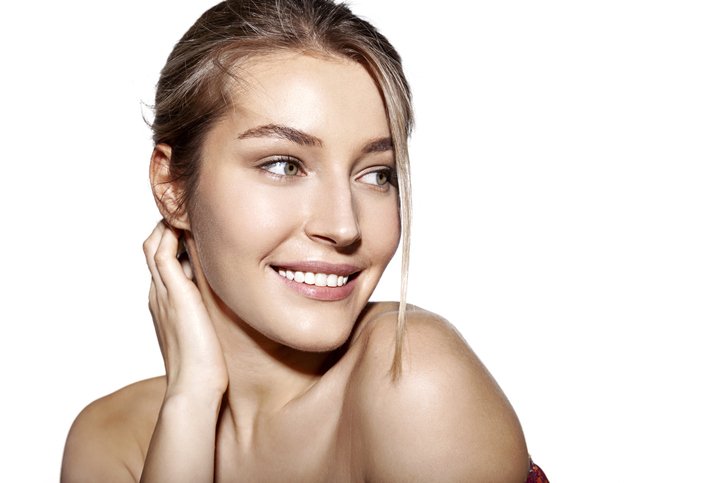 GliSODin promotes cellular integrity and health by increasing the antioxidant response. And GliSODin’s protective benefits have been demonstrated in human interventional studies. GliSODin was shown to protect against cellular oxidative stress damage in a dramatic human model. In this double-blind, placebo-controlled trial, twenty healthy volunteers were given pure oxygen in a hyperbaric chamber (HBO), which increased atmospheric pressure to 2.5 times normal, inducing intense oxidative stress. A measure of blood cell protection, looking at the integrity of the cellular DNA, was taken before and after exposure to measure the effect of oxidative stress.

Effect of GliSODin in a human study with induced oxidative stress.

One group was given 1000 mg GliSODin once daily for two weeks prior to the test, while the placebo group received 1000 mg of wheat gliadin alone. The GliSODin group had significantly lower cellular DNA damage as evidenced by a test called “Comet Assay.” Also, these findings coincided with reduced blood isoprostane levels, another marker of oxidative stress.

GliSODin works to promote our own antioxidant production at the cellular level. This internal antioxidant defense system differs from secondary antioxidants that are obtained from dietary sources.

The body’s antioxidant supply can be classified into two groups:

* Primary antioxidants are made by the body, thus internally provided. This internal antioxidant defense system includes Superoxide Dismutase (SOD), Catalase and Glutathione Peroxidase (Gpx), which are the first, and most powerful, line of defense against oxidative stress. Secondary antioxidants are externally provided from dietary sources, such as vitamins (vitamins A, C and E), minerals (selenium, zinc, copper and manganese) and other substances, including polyphenols found in grapes and green tea. These dietary antioxidants contribute to the antioxidant reserve yet play a secondary role to the body’s own antioxidants.

Superoxide Dismutase (SOD)
Among the antioxidants our bodies produce, SOD plays the primary role. SOD transforms the most reactive, and therefore, the most dangerous, free radicals – the superoxide radicals – into ions that are less reactive. These less reactive ions are then transformed by Catalase and Gpx. This transformation is called dismutation, thus its name Superoxide Dismutase.  SOD also “signals” other cells to produce more SOD, preparing the antioxidant defense system against free-radical attack. Significant oxidative stress that is the result of the natural processes of aging, emotional stress and environmental exposure can diminish our antioxidant defense system.

For example, individuals who have reduced levels of SOD, catalase and Gpx may have higher levels of free radicals.

The first study was a randomized double-blind study with 50 participants. Using a UV light, researchers created photo-oxidative stress on the skin, causing a burn and measuring the change in the color of the skin (redness) on the inner-forearms of healthy subjects. They conducted the UV stress test before starting supplementation with 500 mg of GliSODin® or placebo, and repeated it each week for four weeks during supplementation.

After using GliSODin, a significantly greater amount of UV exposure was required to create the redness and burn on the skin. This was not seen in the placebo group.

The researchers concluded that GliSODin appears to effectively help protect against oxidative stress resulting from exposure to the UV radiation, particularly for fair-skinned (phototype II) people.*

The second study was an open clinical trial conducted by 40 dermatologists in France. 150 volunteers were chosen based upon their susceptibility to flushing and burns and other oxidative stress reactions caused by exposure to the sun. The participants took 500mg of GliSODin® daily over a 60 period and did not change their sunbathing routine, including use of their regular sunscreen (Index 20-100). This preliminary study suggests that the antioxidant properties of GliSODin may help support skin health against photo-oxidation.

Clinical Research
get the results

We work closely with our customers and our world-wide suppliers to source and scientifically back innovative ingredients for your product development needs.